Last week, I polled my friends about what their flying dreams were like. I got a range of different answers including:

In my flying dreams, I always fly well in the beginning, and then I loose the ability

my flying dreams are more that my legs can, if i want, be held above the ground indefinitely.

If I try to abandon the rivers or train tracks I am no longer able to fly at all.

I did some research and came up with this description of flying from a letter that Wilbur Wright sent to the Smithsonian Institute in 1899 as he began his research on flight with his brother, Orville (it should be no wonder that these two men met with success in their lives–their names are exquisite!)

Birds are the most perfectly trained gymnasts in the world and are specially well fitted for their work, and it may be that man will never equal them, but no one who has watched a bird chasing an insect or another bird can doubt that feats are preformed which require three or four times the effort required in ordinary flight.

I am struck by the sheer audacity of Wilbur’s tone as he belittles the people who idolize “ordinary flight.” There is something kind of disturbing about someone who writes to a scientific agency (the Smithsonian) to request literature on aeronautics and then precedes to infer his own intellectual superiority.

Gets me thinking about human flight and the connections to attitude that generally characterize the quest to “take off.” There is the age-old story of Icarus whose hubris seals his fate. And there is a new movie out about Amelia Earhart and her dynamic aviatrix persona (spoiler alert: she gets lost, see Icarus). But there are also more fantastic stories like those associated with superheroes-Superman’s ability to fly comes at the cost of loneliness.

My personal preference, or at least the scenario that regularly appears in my dreams, is that flight is unexpected. Just when I need to outrun the home invaders who are chasing me with rubber belts (!), I gently levitate off the ground, rounding my back and dangling my limbs in uncertain attempts to balance myself. This may be due to some Freudian-inspired insecurities, or maybe a remembrance of a time when flight (or any desire to reach great heights) was not bold and haughty, but clumsy and awkward. This image of “The Greatest American Hero” a campy, Pink Panther-inspired romp from the 80’s might capture best of all this childlike attitude of wonder. Which leads me to question “Is solving problems good for the imagination?” 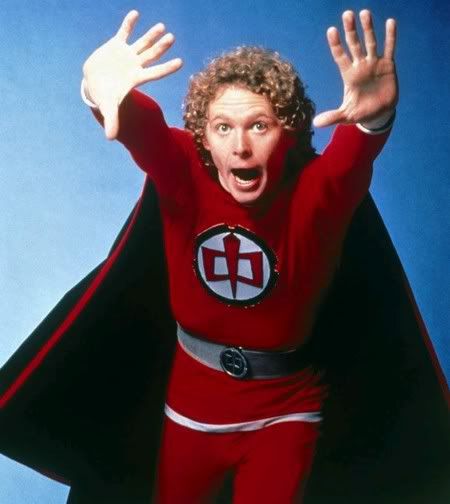 Questions or Ideas? Write to me at [email protected]
Virtual Madeleines Tuesday December 15th –
Science is Only a Sometimes Friend
Scroll to top